on September 15, 2019
"You're a persistent beggar aren't you?", a stranger greeted me with as he came over to talk to me at my 29th weekly Climate Strike in Bega.
We then had a chat about the climate emergency and what should be done about it. But I think he hit the nail on the head about the importance of being a persistent presence for climate action. 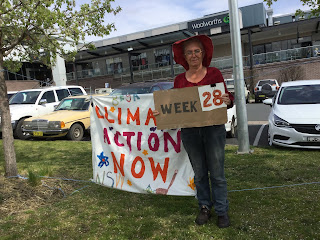 When I first started climate striking every Friday I didn't really have a plan. I was just copying Greta Thunberg because what she was doing was raising awareness of the climate emergency. After the first climate strike  I joined up with the Persistent Presence Facebook group and because a national election was coming up I joined them in sitting outside my Federal members office. Then after the national election and people voted back in a government that not only was not acting on climate change but was denying it I moved my position to be in front of the local government chambers.
Getting the Climate Emergency Declaration passed by Bega Valley Shire Council meant that I had to decide whether I would continue doing a weekly Climate Strike.

I decided that I needed to continue.

Being persistently there every Friday whether it was hot or windy or freezing cold emphasises the importance of climate action to me. There have been some awful weather days, days when I have texted home for more clothes and days when my banner ripped out its grommets.  People have seen me there now for over six months and now they expect to see me.

People see me there every week and even if they do not talk to me I know from random comments that I am noticed. Hopefully the next time they see something on the climate emergency on the news media it makes them pay more attention to it.

It helps me connect individuals to our burgeoning local climate action group. I am still finding people who have been feeling alone with their climate anxiety and hadn't realised there was a local group. After chatting with them I tell them about the Facebook group and sign them up for our weekly newsletter (which I write). I tell them about the Global Climate Strike and local events. I introduce them to other people who are concerned about the climate emergency.

Other people bring me their fears that there is no hope and together we find their path to climate action. They usually are already doing something and only need the encouragement that what they are doing and feeling is valid. Sometimes I can connect them to other people working on the same area.

Then there is the regulars who come on Fridays because they know they will see me and we think of plans and sort out details and plan what a sustainable world would look like. Quite often the six person table is just a continual procession of people coming and going, with the conversation shifting in topic with the changing group dynamics. Sometimes people will bring instruments for a sing-along.

Sometimes I see people watching for a gap to come over and start a conversation. Sometimes they move away because a gap hasn't come. But I know they will come over another week because they expect me to be there.

I know my persistence is important when after I have been away people come up and tell me that they missed me last week, when people bring me treats or just come over so they can say thank you. My persistent presence has made me the public face of the climate emergency in Bega so it is a role I take seriously. 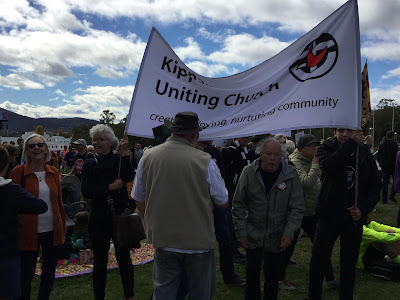 The Role of the Church in a Dying World

Our Earth is dying. Scientists have been telling us it is dying for years but in the last six months we have had the reports from the International Panel for Climate Change (IPCC) and International Science-based Platform on Biodiversity and Ecosystem Services (ISPBES). The IPCC report tells us that even if every country met it’s Paris Agreement commitment (and no country including Australia is on target) then we are heading for a 3-4 degree warmer world with extreme natural disasters, mass migration and mass starvation. The ISPBES report tells us that one million species are threatened with extinction within a few decades. These are not just academic issues they will affect us and everything we love in our lifetimes.

So what is the role of the church in a dying world?

Firstly to tell the truth. Tell the truth that humans have caused the climate emergency and the sixth
extinction but by acting we can buy time and maybe even save some species and people even
though terrible losses are alr… 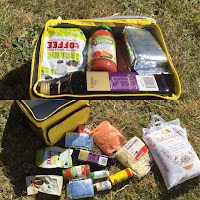 Being Prepared for Emergencies

The climate emergency is increasing the number of emergencies we will live through in our lifetimes. These will range from power outages in hot weather to car breakdowns to heatwaves, floods, severe storms, water shortages, bushfires, petrol and food shortages. Yet our lives are so interconnected and yet disconnected from the things we need that most people are underprepared for emergencies.

In an emergency you will be stressed and cannot make good decisions and yet how many people actually take the time to both plan, communicate the plan and prepare for an emergency? I think most of us get as far as "thinking" we should make a plan. 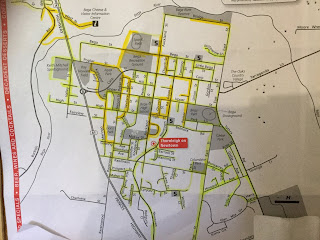 You might think it odd that I am putting this action straight after a piece on focussing your anger on the people who lied and delayed (and are still lying and delaying) action on climate change. However it is our disconnection to place that is both the reason why we don't notice and don't care enough about climate change.
As a society we move too often, we drive everywhere, we seek our relaxation/stimulation far away instead of local, we seek community online instead of in our community (guilty) , our food comes from far away instead of local, and we take our immediate neighbourhood for granted.
What is a Connection to Place and why does it matter? A connection to place is the difference between feeling completely at home in a place and living in a motel. It's the difference between a serious and casual relationship. It's about appreciating the uniqueness of where you live. I grew up in the semi arid environment of Broken Hill with its rich natural and human history but…